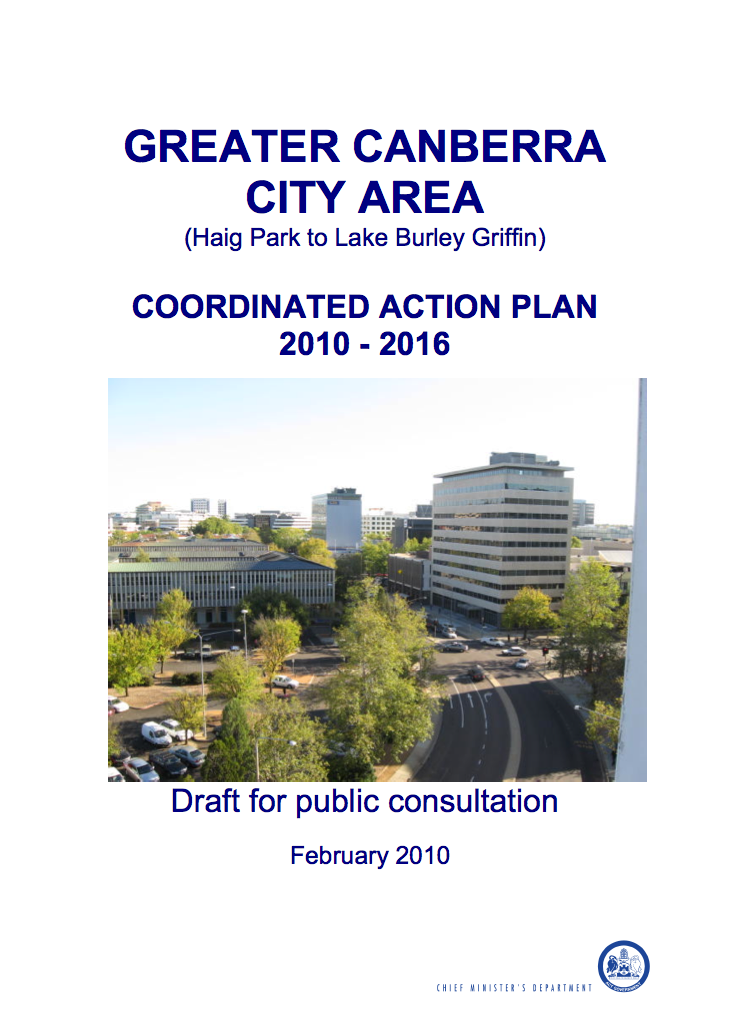 A discussion paper dealing with priorities for public investment in Canberra City, and its interface with adjoining suburbs, has been released for public comment.

The Report identifies nine explicit targets from 2010 – 2016 related to a range of issues such as traffic management, parking, public transport and infrastructure.

Copies of the report can also be viewed at ACT Government shopfronts and libraries.

The document has been reproduced below: