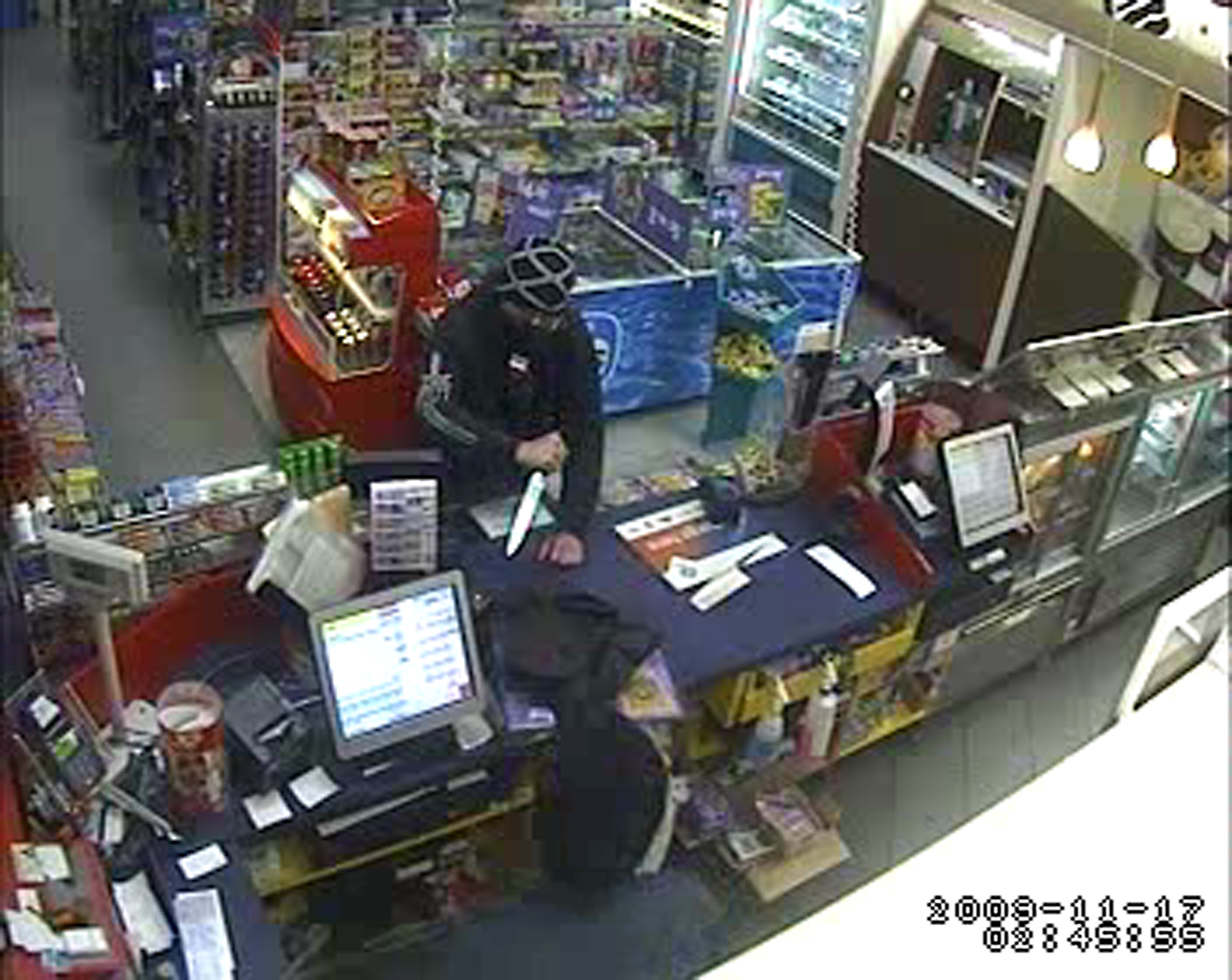 Around 3.55am (November 17) a man armed with a knife entered the Caltex service station on Lonsdale Street demanding money from a staff member. During the incident the offender jumped the service counter and left the location with a sum of cash and cigarettes. The man was last seen heading towards Haig Park, Braddon.

The offender is described as being of Caucasian appearance, in his early 20s, approximately 178cm (5’10”), with a medium build and grey hair. The man was wearing a black beanie, black bandanna, a black T-shirt with white writing on the back, knee-height grey shorts and white joggers.

Police are appealing for any witnesses who may know the identity of the man in the footage or who may have seen suspicious activity in the area of Lonsdale Street, Braddon, last Tuesday to contact Crime Stoppers on 1800 333 000, or via the Crime Stoppers website on www.act.crimestoppers.com.au.

Anybody with any information about this crime or any other crime is urged to contact Crime Stoppers on 1800 333 000 or Report Crime Online.