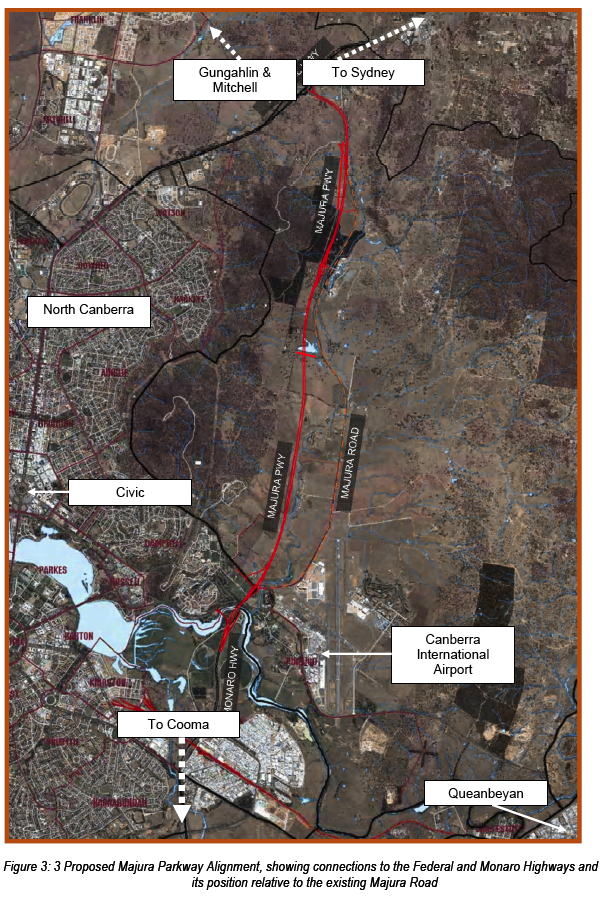 The August 25 2009  edition of the  Chronicle ran a story written by Rebecca Thisleton reporting on the proceedings at the August meeting of the North Canberra Community Council where the Majura Parkway was discussed.

Greens Member for Molonglo Shane Rattenbury said the Majura Parkway was the wrong starting point for easing traffic snarls in the inner north. “Somehow we’ve ended up locked into this vast, 100 kilometre-per-hour road, and I don’t understand why this has been the option selected when you could have the existing 80 kilometre-per-hour road duplicated, it would not require the millions and millions of dollars and we could maintain the community facilities that will be affected,” he said.

Mr Rattenbury said the $200 million-plus cost of the Gunghalin Drive Extension and the $250 million needed for the Majura Parkway were a misuse of funds, especially given light rail’s lack of progression due to funding concerns. Mr Rattenbury said he appreciated Mr Gill’s willingness to address community meetings, but felt the information he provided showed a lack of forward thinking from the ACT Government and Roads ACT. “When he was asked questions about long-term issues, to an extent he shrugged his shoulders,” he said.

Note: copyright of the material in this clipping resides with Fairfax Media. Usage permitted in accordance with the Australian Copyright Act 1968, Section 42: Fair dealing for purpose of reporting news. Source: The Chronicle – 25 August 2009.